BOISE – (June 21, 2018) – Amid a recent trend of strong holiday travel growth, AAA predicts another major milestone for Independence Day – a record 47 million vacationers will seek out food, fireworks and fun this year. More than 247,000 Idahoans will be among them.

“It’s reasonable to think that because July 4 falls on a Wednesday this year, people’s travel plans will be somewhat limited, but it’s just the opposite,” says Matthew Conde, public affairs director for AAA Idaho. “A mid-week holiday can create some extra flexibility, with some travelers opting to take a trip the weekend before while others take advantage of the weekend after.”

The 2018 Independence Day holiday period is defined as Tuesday, July 3 to Sunday, July 8 – one day longer than last year. In collaboration with traffic analysts at INRIX, AAA expects the afternoon of July 3 to be the busiest travel time, as holiday travelers share the road with evening commuters.

This year, an additional 2.4 million travelers will celebrate alongside Uncle Sam, a five percent increase over last year. During the current five-year stretch of continued growth, national travel volumes have skyrocketed by 6.5 million people.

“A healthy labor market and rising home values have contributed to high consumer confidence and sticky spending habits,” Conde said. “As long as optimism is high and gas prices are relatively low, people will invest a considerable amount of their disposable income to achieve their travel goals.”

Automobile travel is expected to increase for the fifth straight year to 39.7 million motorists, more than five percent above last year. Meanwhile, airline travel will climb sharply with an eight percent increase. “Over the years, the holidays have triggered more travel activity. Some people have shifted the focus to reaching their end destination by taking to the air, while others continue to see the value of the Great American road trip as a bonding experience for their families,” Conde said.  “Clearly there’s room for both schools of thought.”

About 3.5 million people plan to use other modes of transportation over the holiday, a nearly six percent increase over last year. This year, Alaska cruises from Seattle, Vancouver and Anchorage are of particular interest to many travelers.  Theme parks in Southern California and Orlando will also draw a large number of tourists.

AAA’s Travel Leisure Index gathers price information using the top 40 domestic routes as a benchmark. Two-Diamond hotel properties are about 11 percent more expensive than last year, while Three-Diamond properties and car rentals are only slightly higher than last year (two percent).  There is some good news – airfare is about nine percent cheaper, which may offset some hotel costs.

Since June 1, the U.S. average gas price has slipped eight cents, while the Idaho average has held steady near $3.18 for most of the month. High consumer demand has depleted available fuel inventories across the country, and supply may be further impacted by upcoming holiday travel.

The international oil market has also dipped in recent weeks. At the high point in late May, crude oil prices topped out at $72 per barrel.  Currently, oil is trading near $66.  Among the many contributing factors for the change is the rumor that Russia, Saudi Arabia and others may increase their oil production in the months leading up to the end of the current OPEC agreement.  OPEC officials will be meeting this Friday to discuss the possibility of increased production now that the glut of crude oil has been mostly cleared from the global market.

Here’s a seven-year retrospective of Gem State prices for the July 4 holiday: 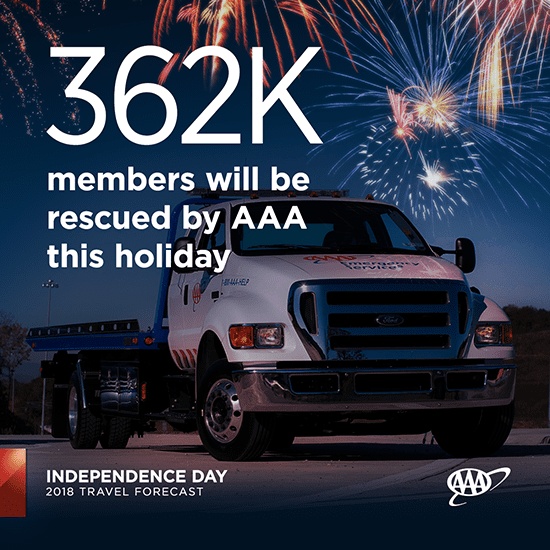